Prematch with A Celtic State of Mind – Partick at Home 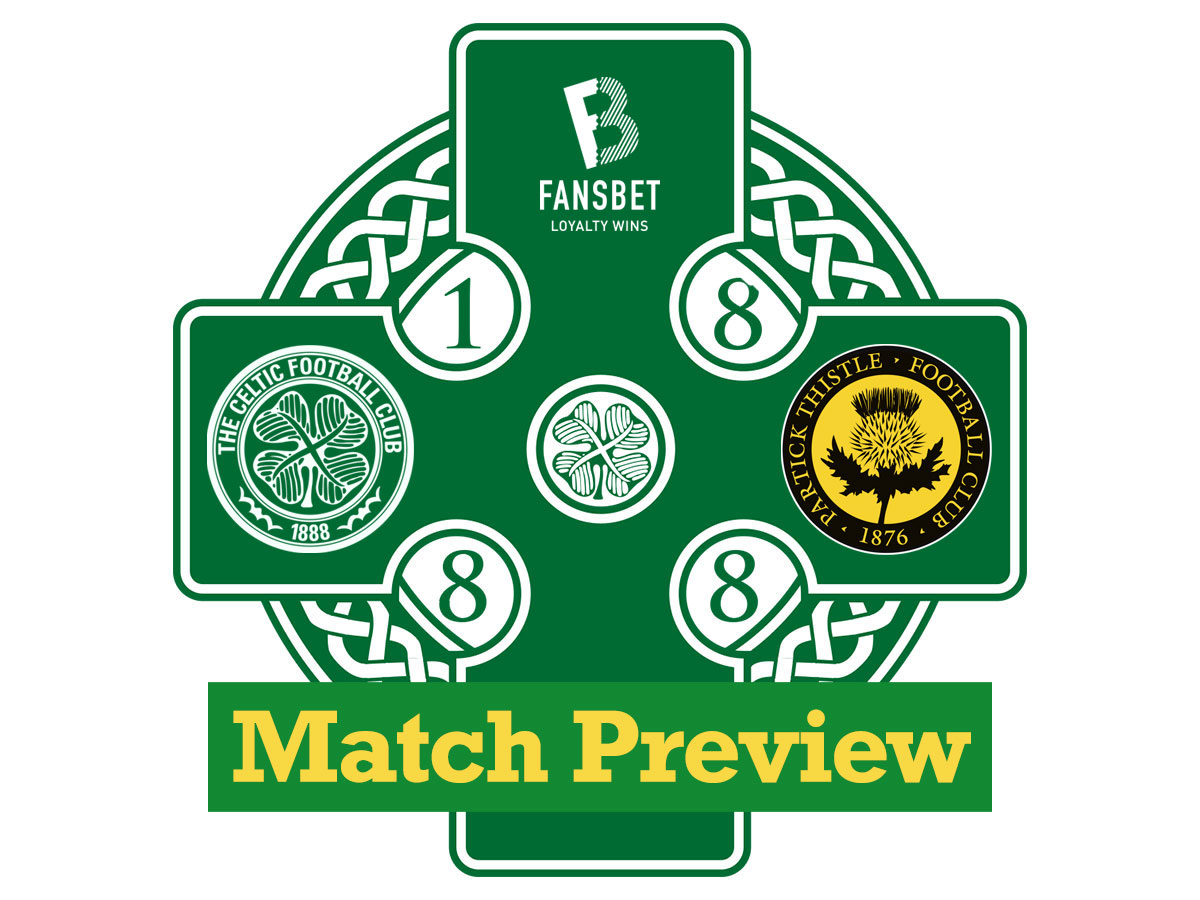 With both teams at opposite ends of the form scale and separated by the length of two divisions, Celtic will be heavy favourites to ease their way through to the next round of the cup at the expense of Partick Thistle.

There should be a number of changes on the field, as well as in the Thistle dugout, where Ian McCall will return to manage the Club he left in 2011.

With competition throughout the squad, players will be eager to push into Neil Lennon’s plans. However, with the disappointing display from the last tie against Dunfermline in mind, whatever team takes the field will need to remain focused.

Celtic to win 3-1 with Rogic to score anytime.

It could be that Celtic are facing two teams with new managers this week. I hope we don’t have to face a dead cat bounce twice. I don’t think we need much motivation to try and retain our League Cup (we can call it ours!) but, if we do, then we can stick the new Partick manager’s comments about some of our squad on the dressing room wall.

We nearly got a fright in the last round against Dunfermline. A reminder about taking your eye off the ball, but we are in a different headspace now. We have options to make changes and I reckon we will. We have played loads of games since July and some players need rest and others need game time.

We will need to treat Partick with respect and, even with the changes, we should be too strong for the Championship side who will be prioritising improvements in the league and seeing this tie as a free hit.

Celtic to win 4-0 with Bayo scoring two or more.

Celtic head into this League Cup match absolutely flying against a poor Partick Thistle side. This Celtic team will look to go 29 games unbeaten in cup competition, which is truly remarkable.

With the game being played at Celtic Park, there may be a few changes made to the side which comfortably saw off Kilmarnock on Sunday. Partick Thistle will also have a new manager at the helm with Ian McCall making a return to the Jags.

Neil Lennon will no doubt have one eye on the early kick-off at Easter Road on Saturday but will look to progress to the semi-final stage of the cup competition.

Celtic 2-0 with Bayo to score.