Green Tinted Specs with A Celtic State of Mind – Best start to league this century should leave rivals quaking.

Celtic have made their best start to a league campaign this century.

Neil Lennon’s side has won the first four fixtures of the season, a feat matched by Martin O’Neill three times, Brendan Rodgers in his first season and Lennon himself in his earlier spell as boss. 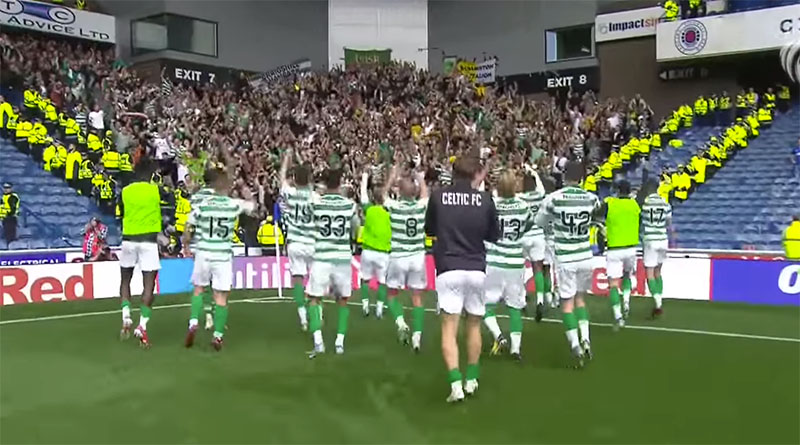 Lennon’s free-scoring forwards have already banged in 17 while the relatively unsettled defence has conceded only three, meaning this year’s team has started better than any since 2000/01, when the current 12-team format was introduced.

O’Neill’s 2002 start to the season had previously been top of the Celtic v Celtic comparison league, compiled by the good folks of Kerrydale Street.

That season brings back many memories, not least for the run to Seville. With Celtic fighting on a number of fronts, though, the title was lost to a Rangers side jacked up on EBT steroids.

While Celtic don’t have the overall quality of that side today, we do have a strong squad today that should enable us to cope with the demands of domestic and European competition.

Much has been made of how Steven Gerrard has “improved” things at Ibrox, but this has brought no tangible success.

With Lennon losing only two games in seven months (one huge one, obviously, and the other a dead rubber at Ibrox) while guiding a shellshocked side to another Treble, it’s fair to say that any improvement under Gerrard has been more than matched.

Indeed, this time last year, at the same stage, Celtic ended the Englishman’s much vaunted unbeaten run of 13 games with a 1-0 trouncing at Parkhead, where Ntcham scored the winner.

Gerrard may have targeted being the “best of the rest” and hoping the title hinges on the four encounters against the Hoops. However, even that plan has suffered a major setback with Celtic already improving on last season’s Ibrox record of two defeats with Sunday’s 1-0 win.

There’s a long way to go, but with some solid team and squad strengthening at the end of the window, the early signs are ominous for any pretenders to Celtic’s crown.

Previous Post
Colin Watt with A Celtic State of Mind - The Greatest Celtic XI of the 1950s: Vote now for the Goalie

Next Post
Colin Watt with A Celtic State of Mind - The Greatest Celtic XI of the 1950s: Vote now for the half-back line